The TNT, also called Trinitrotoluol , belongs - just as the rocketlauncher - to the few items, which can destroy blocks. That's why it is such an useful item. Players can use TNT to get access to other players' buildings like apartments, Slums and houses so they get to the chests of other players and break them open with the crowbars . Cops also need TNT to get to hidden players with crime, but only in the case that the door is blocked so he can't come in. The cops have TNT in their standard equipment. With the Crime-Texturepack the TNT also gets an unique texture.

The use of the TNT is a bit more complicated than in singleplayer: First you place the TNT where you want it to explode. Make sure that one block above the TNT is free because otherwise the following steps don't work. To activate the TNT you now need to sneak and rightclick it. After a few seconds it will explode and destroy nearby blocks. However, these blocks respawn after some seconds. That won't work for frames, flowers, paintings, pistons etc., they will be dropped. If your apartment or house is damaged by TNT you can open a PE and you will get your blocks back. Also remember that all players can destroy TNT and rob it from you. Be careful with all nearby players around you. That's also a problem for cops. If you place TNT you will also get some crime.

You can buy TNT for 300 dollars per block at the BombShop. Buying is possible via the ID 46 or the itemname TNT. TNT isn't sellable to other Shop but you can trade it to other players. 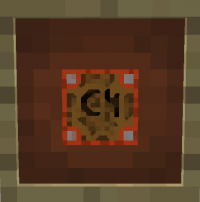 A block of TNT changed by the Crime-Texturepack
Price: 300$ / ID: 46
Items and Weapons