The Supporter-Headquarter, also called Sup-HQ, is a building at the SpaceTycoon hotel in the downtown.
In the first floor there is a wall with some with some supporter-patter and the rating-system, of which you can find some further information in one of the following texts. In the second floor you can find a meeting room and the mailboxes of our supporters. These two areas can only be entered by supporter, cops and team members. The apartments of the supporters are in the third floor.

How to become a supporter?

To become a supporter you need an onlinetime of 2 days and you must be 14 years or older. If you meet these conditions you can contact the server team. He will ask you some questions to check your knowledge of the server and the modified items. Depending on the number of correct answers and the impression of you he will promote you or not.

If a supporter is doing his job very well, it is possible for players to reward them. This works with our specially developed rewards-system. To reward a supporter you can go into a certain room for this in the HQ. With entering this room, you will get a book. Write the name of the supporter, who helped you, in this book and explain the situation, in which he helped you. Put the signed book into the hopper in this room. After following these steps, you rewarded a supporter for his help.

Important commands for a supporter


Supporters are not allowed to mute or kick without a reason. 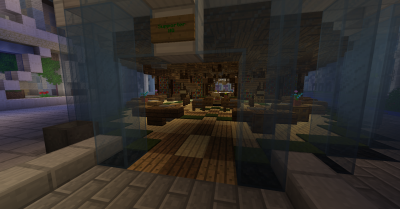 The entrance of the supporter-headquarter 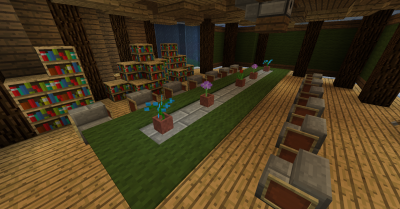 The meeting room of the supporters