It is very important for a robber with crime to flee from the cops. So it is good to have a strategy and options to hide. You won't get Crime for using the escape routes on this page if you don't attack another player or a cop.

There are lots of winding streets and countless buildings, so there is a chance to escape from the cops by running through the streets or jumping from building to building. If you want to run very fast, just use drugs. But be careful: The drugs will also damage you.

The sewerage is a very good option to flee and is lower than the subway-routes, so the cops sometimes think, that the robber is using the subway. The tunnels of the sewerage are very branched and dark. It is easy to get to every part of the city by using the sewerage because there are gully covers distributed all over Crackington.

The subway is the second subterranean escape route. With the tunnel-system and a minecart you can get from one district to another fastly. A disadvantage is that it's only possible to drive certain routes, so maybe the cops are waiting at the next station.

The sponges are a very special way to escape from the cops. With them you can perform very high and long jumps from one housetop to the next. You automatically jump if you sneak on a sponge-block. How high and long the jump is, is decided by the running speed before a jump. But robbers have to be careful because if they fall too deep after the jump, it's possible to get damage. Maybe the biggest advantage of sponge-blocks is, that cops can't use them, but they can use an ender pearl.
To block a sponge you can use a smokegrenade. If there is smoke on the sponge it is unuseable.

The slime-blocks are one of the most important possibilities to flee from the cops, because you can use them to get really quick through the whole city. You can use them like the sponges. You run on them, then jump and sneak afterwards. Then you get a boost in the direction in which you are looking at. If you press jump now in the air you get an elytra and you glide down slowly. If you don't do this, you will die. Cops can not use them like the sponges. While flying you get a glowing-effect so that players can see you, remember that. Don't fly near the cops or other robbers, otherwise they can take you down with the fishing rod. 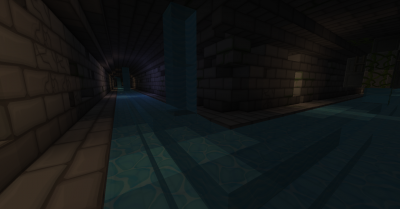 A deep tunnel of the sewerage 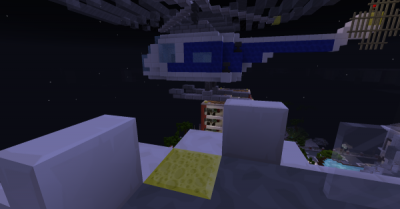 A sponge on top of the bank 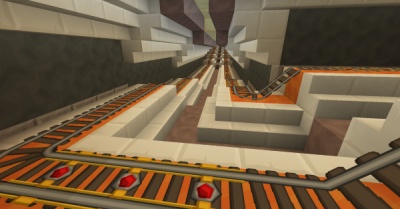 A subway-tunnel between the spawn and the suburb
Von „http://wiki.minecraft.name/index.php?title=Escape_routes_(EN/Crime)&oldid=17017“
Kategorie: